I have been very bad in ignoring my blogging for the past two days. Mea culpa. We arrived in Vancouver on Monday afternoon after an enjoyable ferry ride from the island and an equally enjoyable drive from Tsawwassen…ok I didn’t drive so it was enjoyable for me anyway. Amanda not so much. Driving in any city isn’t fun (in my opinion) but we got to the hotel in one piece and without drama. This is the biggest difference between driving using Apple maps via Apple CarPlay and using a ‘standard’ sat nav is that the standard one loses signal when in amongst tall buildings. At first glance the Four Seasons in Vancouver isn’t as nice as the one in Whistler. OK second glance too but it’s an older building and it’s city centre. The location is excellent, the staff amazing and that counts for a lot. We dropped off our bags and went out for a stroll finding ourselves by the water and near enough that it would have been rude not to eat at the Cactus Club Cafe. Great food, good cocktails and that was enough to send us back to the hotel to watch the Raptors on tv in our room.

Our first full day was spent in dreary, drizzly weather so we went to the art gallery. I missed the Cindy Sherman exhibition in London earlier this year so was going to make sure that I caught it here. It was worth the wait. An excellent exhibition but what also made the visit worthwhile was the other exhibition of Vikky Alexanders work. Really good and someone I wasn’t aware of before now. Also I need to mention Emily Carr, someone (again) who I wasn’t aware of but which the Vancouver Art gallery holds the largest collection of (I believe) and we both loved every piece.

We had tickets for the hockey at the Rogers arena to watch the Canucks vs Nashville Predators in the evening so we walked with the crowds to the arena and eventually was shown to our seats and OH MY GOD we were sat right behind the goalie, right by the tunnel where the players come out to start the game and where the zambonis enter the rink. In case this hasn’t been mentioned before, the zamboni driver is Amanda’s dream job and we got to see it close up…closer than ever before and this was our 6th NHL game. Canucks won so we left happy and headed for cocktails in the hotel bar to finish off the night. <cough> my old fashioned cost C$48 because I opted for a ‘premium’ bourbon…not happening again….although it was bloody lovely. I had two.

Wednesday was a totally different day. Blue skies for starters. We decided to use the good weather to go to Stanley Park. Shall we drive? Nah. Shall we catch the bus? Nope. Let’s walk. Over 20,000 steps later we made less than half of it and only just made it back before Amanda’s batteries ran out…in her chair, she’s not an android. Its was a great day though. We (I) walked for over 4 hours, saw seals (including one eating something huge and sharing it unwillingly with some gulls), squirrels and that’s about it. We did see some hipsters, does that count as wildlife? The weather was glorious and I took a lot of pictures.

We got back very hungry and knackered. We went to the hotel so we could grab a cuppa and charge the chair batteries a bit before going out for an early(ish) dinner.

The Keg holds a special place in both our hearts. We first visited a Keg 31 years ago. It was the first place we had whipped butter (don’t laugh) and the first place I had béarnaise sauce. Since then we’ve tried to visit one whenever we’re in Canada and I have to say this was one of the best. Great steaks, lovely wine and superb hosting. Not cheap but always good value IMHO*…..YMMV**.

Tomorrow? Who knows…apart from more hockey 🙂

*In My Honest Opinion

** Your Mileage May Vary 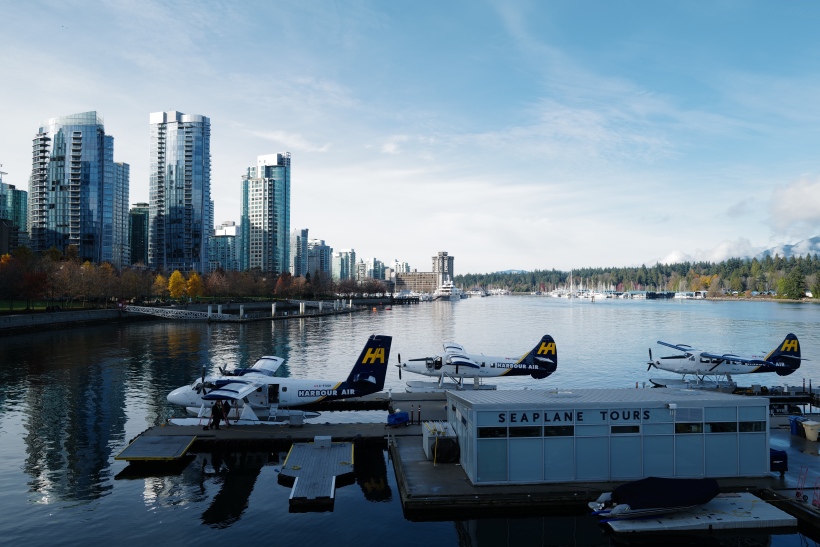 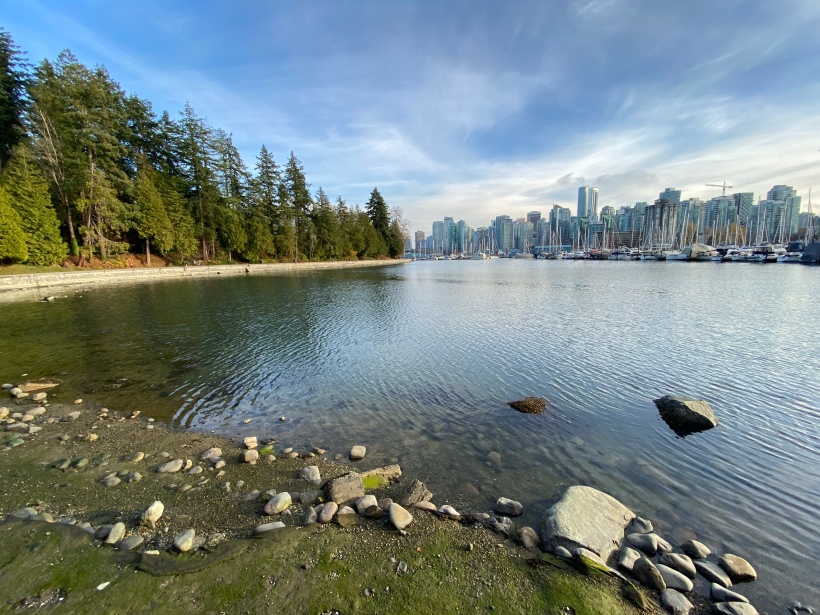