Driving on the wrong side of the road is weird. I’ll admit that I usually, if at all possible, leave the driving to Amanda when we’re abroad. It’s not only that it’s plain weird to drive on the wrong side of the road but also that it gives me the opportunity to impart my immense wisdom of where she’s going wrong. OK sometimes this doesn’t go down well but I’m sure deep down Amanda understands that I’m providing a huge benefit.

This morning we (I) drove from Whistler to Tsawwassen to catch the ferry over to the Island. I drove really well, I just want to put that out there. Didn’t crash once. Wasn’t even a near miss…ok one but I don’t want to split hairs. I’m really enjoying this car. It’s a Hyundai (no, Canada/America it’s not called HUNDAY. I promise) Santa Fe. It doesn’t have Apple Car Play which I was disappointed about but it does have this strange semi auto lane guidance thing which follows the lines on the road and will steer around bends for you. It freaked us out at first but once you get used to it it’s pretty good. Once you set adaptive cruise control and this lane guidance you can almost take your hands off and relax. DO NOT DO THIS. Also, driving on the wrong side of the road is weird. Did I say that already? Cars come at you and look like their going to hit you. They don’t but they could easily. I was glad, and I’m sure Amanda was, that I’m a great driver and nobody hit us. Why don’t you drive on the right side of the road Canada?

I got us to Tsawwassen in one piece and skilfully drove onto the  ferry. We ate ferry food on there too. Strangely enough it was decent, and not too crazily priced considering they had a captive audience. Soon enough it was time to disembark, which I did really well. I could tell Amanda was impressed as she didn’t say anything. Speechless I think. I may have got a speeding ticket driving to the hotel. In my defence I was going too fast. Wait. That’s not how it works is it? Anyway he was probably admiring my road position to take notice of me going a couple of kmh over the limit.

We’ve stayed at Brentwood Bay Resort and Spa twice before. If you ever get the chance to come here you’ll understand why we come back when we can. It’s right on the water, the rooms have great views, you can sit in the jacuzzi bath in your room, open the shutters and see straight out to the bay beyond. It’s beautiful. Also they have a pub attached to it which sells local beers, great cocktails and amazing food. Also sushi. Really good sushi. Tonight we just had beer, cocktails, chicken wings and fish tacos. Best fish tacos we’ve ever eaten. Fish was silky smooth and fresh, tortilla was chewy and the hot sauce was spicy. Delicious. 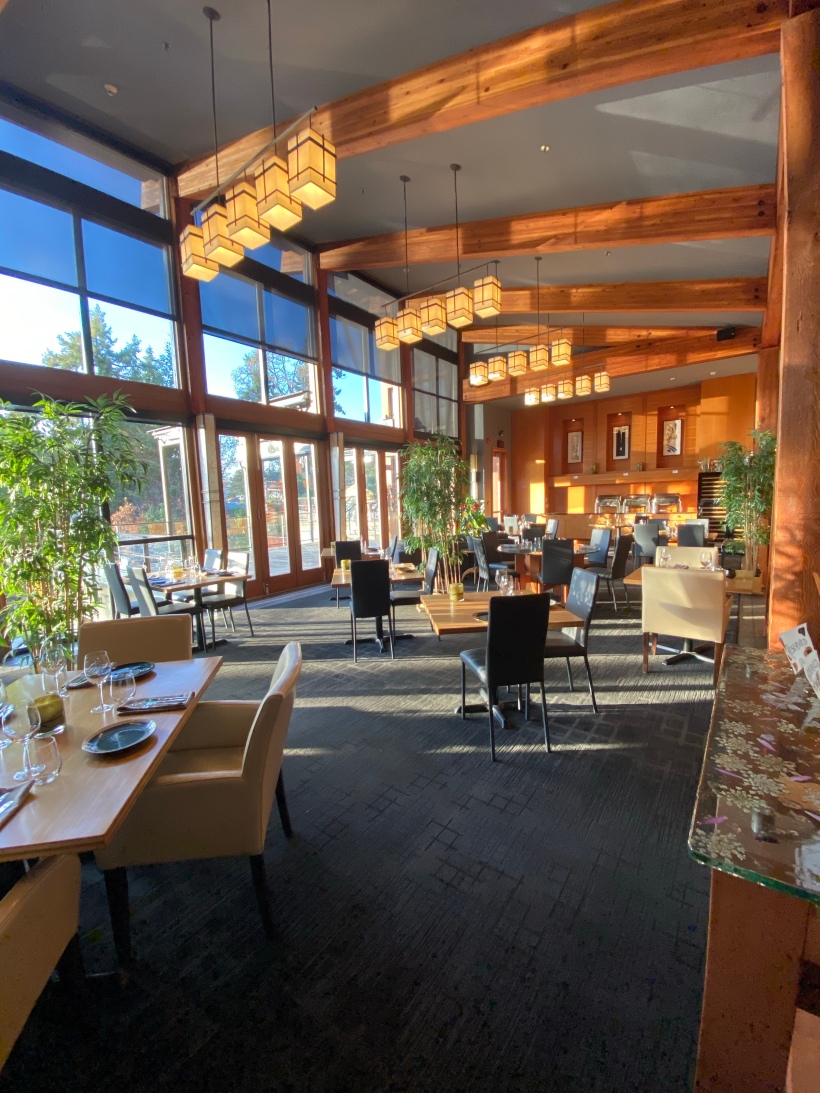 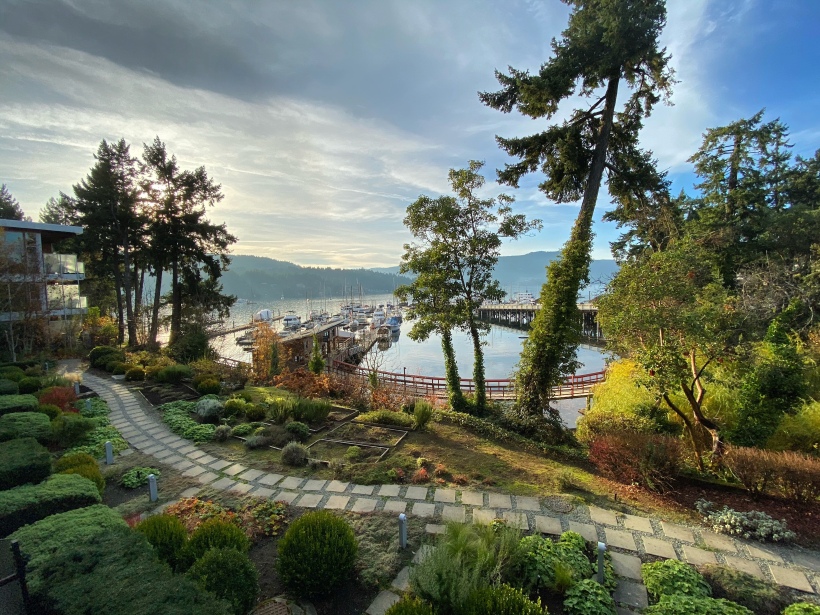